So after the recent Tyranid Army Showcase i got one or two questions about the colour scheme i used. So I've thrown together a tutorial on it!

This scheme was actually taken from a White Dwarf about a year ago when the new Tyranids were first released. It was issue 361 January 2010 if you want to look it up. Its near enough the same, but mine has a few tweaks!

So firstly base coat your 'Nid in a 1:1 mix of Shadow Grey: Graveyard Earth. I used an Airbrush for all my undercoating to make thinks quicker. 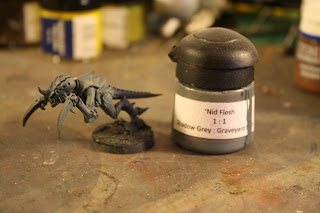 Then Drybrush the model in Astronomican Grey. 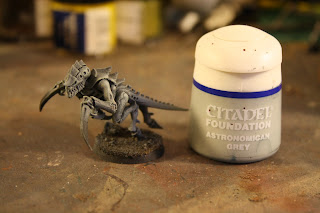 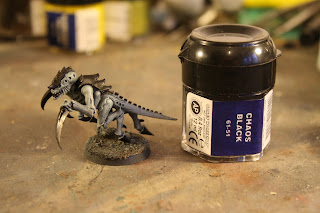 Then paint all the soft fleshy bits in Orkhide Shade. You could go on to highlight these areas afterwards if you like, but i didn't bother. 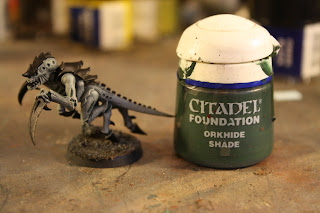 Now onto the markings. Using small dots of Tausept Ochre, make two lines down the back of the 'Nid and also on the Carapace on the head 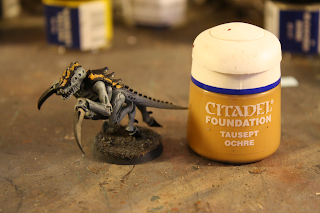 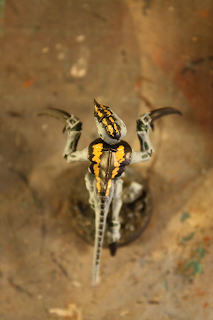 While the markings were drying, i went onto the base and coated it in Codex Grey. 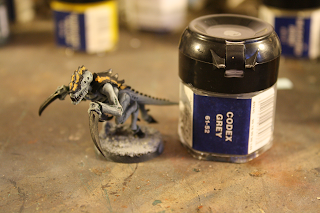 Now for the second round of markings. This time use Bleached Bone and repeated the 'dotting' along the back. For this round try to make the dots smaller than the previous set, and keep them within the boundaries of the last colour. Not essential of course, but that's just how i did it. 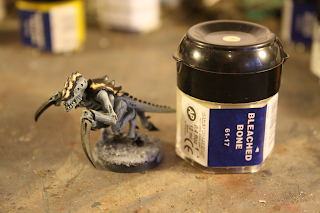 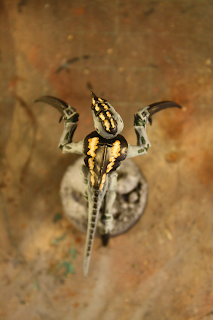 Then finish off with the details such as eyes, teeth and any edging highlights on the claws. I also washed the base in Badab Black here. 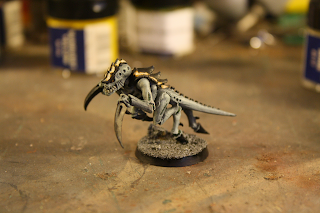 ﻿ So that's it! This model took me about 15 minutes to paint (less if i didn't have to wait for the paint to dry!) and i was knocking out 10 of these in a few hours.  The schemes really quick and simple, not intended to win Golden Daemon awards of course, but its striking enough to keep it interesting! A dedicated painter could knock out a decent sized army of these in a few weeks using this scheme. Granted it took me well over a year to complete my army, but i was distracted by a new Elysian Army at the time!! If any of you guys do decide to try this scheme on your 'Nids I'd love to hear your thoughts on it, as well as see some pics to!
So this will probably be the last post for a week or two, as I'm decorating my Forge with a truckload of new painting desks, shelves, cabinets and lighting that's all arriving on Friday! So I'm clearing everything out to make ready for the delivery! Very excited!
The GunGrave
Posted by The GunGrave at 14:00