Guardians of the Emperor - Gyrfalcon Jetbike

Its time for a little support for my Custodian squad in the form of a Gyrfalcon Jetbike! I picked up the 3 man squad of these from Forgeworld recently, so theres still 2 more in their boxes. I decided to paint one of these up as a treat for completing a whole squad of Custodes, and what a treat it was! I enjoyed every second of paint time on this model, mainly because it looks so dam cool! Very much looking forward to seeing the whole squad charging into battle! 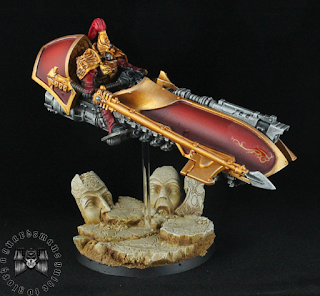 I didn't use the flight stands that come with the models, they're just a bit to small for my liking. Instead i ordered some 3mm acrylic rod from eBay to given them a bit more height, and it also looks a bit tidier as well!As this one had a bit of height to it i gave it a downward angle, like this Custodian is about to bury his spear into a traitors face!! 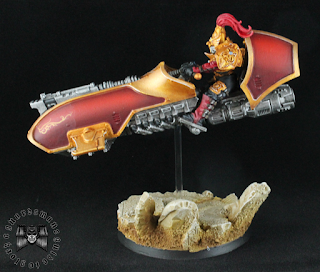 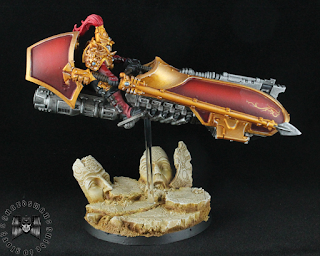 The Custodian himself is a little different from his foot slogging brothers. Instead of armoured arms and legs, they sport some leather bracers and, what i like to call, 'space chaps'! 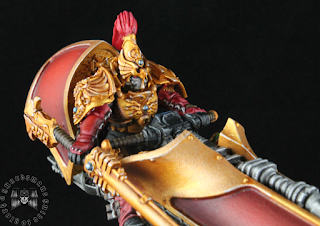 I refrained from doing any freehand on the screens, my skills just arn't there yet. Some green and blue glows break up that gold a bit. 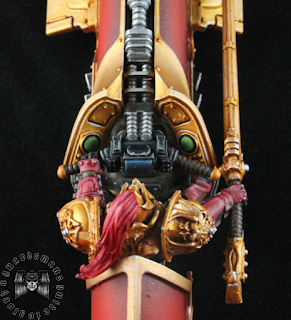 I magnetised the weapons very easily for the jetbike, sticking some 2mm magnets to the underside of the weapons, and counter sinking one into the hull of the jetbike. 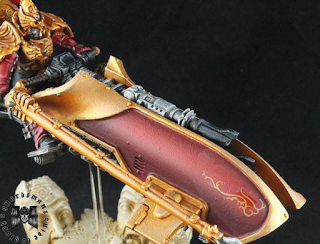 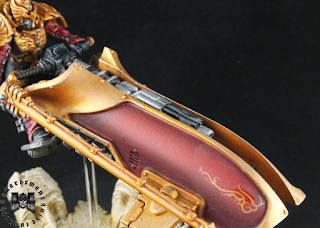 Finally the base. Another fine addition from Scibors Miniature, this is their 60mm base which comes in 3 designs. I simply love these bases; full of detail and character and fit perfectly with the Webway theme of my force! 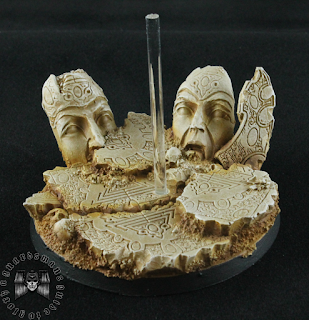 Let me know what you think! More Custodiians comming soon!