After much highlighting and one repetitive strain injury (possibly related to painting...) the first Cruiser is complete! This is the light Cruiser configuration armed with a burnthrough laser (it does have a name but i forget!) 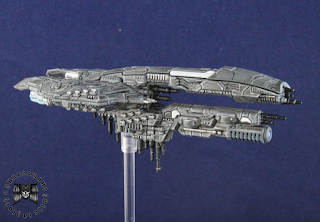 Tried to get some glowy bits in on the laser itself - this thing is  meant to be able to slice ships in half! 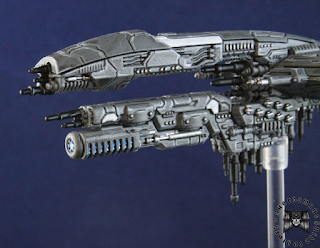 I drilled the engines on this cruiser and hit them with some blue and white to simulate engine glow. I quite like the effect! 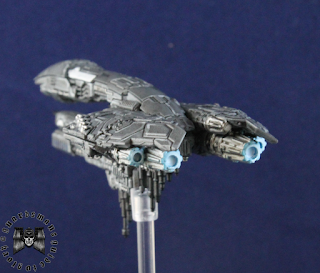 Here's the family so far! As i write this I've noticed another Cruiser has got into the shot here which I thought I'd already photographed!! Consider this his official unveiling, so todays Cruiser is actually the second! I assembled that cruiser in the 'heavy' configuration, again i forget the name! Once i start playing I'll learn the names! 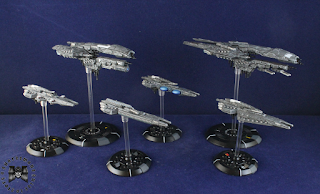